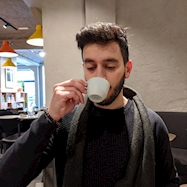 The book The Ignorant Schoolmaster: Five Lessons in Intellectual Emancipation (1987), by the French philosopher Jacques Rancière, presents the notion of intellectual emancipation. He explores the idea of equality of minds while criticizing theories of pedagogical reform for failing to account for the fact that one cannot remove bias the education system using theories born from and designed to reinforce the very same bias they intend to remove.

Every time I find myself ranting about what makes something art, communication always comes to mind:

“The impossibility of our saying the truth, even when we feel it, makes us speak as poets, makes us tell the story of our mind’s adventures and verify that they are understood by other adventurers.”

and communication is so much about thinking as it is about doing:

“The virtue of our intelligence is less in knowing than in doing. Knowing is nothing, doing is everything, but this doing is fundamentally an act of communication.”

but cynic in me resonates especially with the following:

and this is exactly why sharing is so much more important —but less popular— than signalling (the two being often hard to distinguish):

“One must learn near those who have worked in the gap between feeling and expression , between the silent language of emotion and the arbitrariness of the spoken tongue, near those who have tried to give voice to the silent dialogue the soul has with itself, who have gambled all their credibility on the bet of the similarity of minds.”

The recurrent message of “he who knows how to remain true to himself in the middle of irrationality will triumph over the passions of others exactly as he triumphs over his own” takes me back to stoicism and Marcus Aurelius’ Meditations:

Rancière’s emancipation, much like stoicism, falls back to reason above all else as a way to deal with our innate biases. Reason (and the awareness to reason) is perhaps the way to avoid “falling into the gravitational field of other minds”. But then again, as the economist Herbert Simon puts it, people do things for certain reasons, and those reasons need not be rational, we are after all being of bounded rationality.

The other recurrent theme in the book is a critique of theories of pedagogical reform. Theories that present themselves as an attempt to reform the social inequities of the school system without realizing that school is not a preparation for life, but a reflection that models it’s stratification.

For if science (theory) forms an enclave of freedom in a world of ideological enslavement, if science belongs to the intellectuals —the masters— and the critique of bourgeois content is reserved for those who already know, then there is only one way for students to criticize their masters’ knowledge from the point of view of class, and that is to become their peers.

Rancière’s critique of the educational theories shows them to have at least one thing in common: a lesson in inequality. Each, that is, by beginning with inequality, proves it, and by proving it, in the end, is obliged to rediscover it again and again. Erecting and maintaining the distance separating a future reconciliation from a present inequality —a distance discursively invented and reinvented so that it may never be abolished.

You May Also Enjoy

Git is a free and open source distributed Version Control System (VCS). Git can be hard, especially for people discovering it for the first time, but there a...

How to vectorize sampling from a discrete distribution If you work with libraries such as NumPy, Jax Tensorflow, or PyTorch you (should) end-up writing a lo...

EXP — A Tool for Hyperparameter Tuning

A tool/library for experiment design, deployment, and model optimization with hyperparameter tuning.

Welcome to my Web page. I enjoy maintaining control over my content somewhere, especially when other third-party “web-identity” services invite you to invest...